Lightwoods House is a Grade ll listed building, the house was built by Jonathan Grundy in June 1780 and he was its first occupant, living here until his death in 1803.

The house was later bought by soap manufacturer George Adkins and Ann Adkins in 1865,

They came from Stratford Upon Avon, one can see the influence of their home environs in the names of local roads, Milcote, Bishopton, Lightwoods are all farms near to Stratford, Adkins Lane after themselves and of course Shakespeares Garden.

Mr & Mrs Adkins had ten children here in The Lightwoods as they called it, and the house was passed down to their son, Caleb, we have become good friends with the existing downline of their family who bring in family trees & paintings to show us, the picture of Mrs. Ann Adkins which you can see above our bar was copied from a small brooch that John Christophers & family brought to show us.

In 1902, following the death of Caleb Adkins, the house and grounds were put up for sale, with the risk that it would be demolished for building houses. A. M. Chance of Chances Glass led a committee which by public subscription purchased the estate and handed it over to Birmingham Corporation as a public park.

"the house was built by Jonathan Grundy in June 1780" 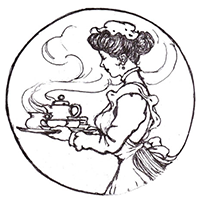 During the First World War, many large houses were commandeered for use as Voluntary Aid Detachment Nursing Homes for the rehabilitation of wounded soldiers, and Lightwoods was no exception as it was the largest house in the area. Part of the House previously used for refreshments was converted into accommodation for up to 62 servicemen. At the opening in March 1916, Major Samuel Nock Thompson, Vice-President of Smethwick Red Cross, remarked that ‘it would be impossible to have a more ideal site.’ At the same time, a large section of nearby Warley Park was given over to food production.

When wounded soldiers had regained sufficient strength, they helped to tend the crops. During the course of the conflict, more than 1,300 soldiers recuperated at Lightwoods.

The hospital closed in 1919 and the refreshment area, in what is now the Jonathans in the Park Restaurant, was reinstated. It sold lemonade, tea, ice creams and Lyons cakes. The House was also used as a library and a Sons of Rest.

In 1975 John Hardman & Co moved into the house from Hockley Hill, this company has many wonderful links from Pugin to the Houses of Parliament. They mainly repaired stained glass windows from Cathedrals, Abbeys & Churches where they would transport the whole gigantic framed stained glass windows through what is now Jonathans kitchen & into this dining room for the craftsmen to repair, replace & return.

Neil Philips the owner of that business called in for a chat to share some wonderful tales of the goings on during this period, notably when the abbot & his team from Buckfast Abbey came to collect vast amounts of  Dalle de Verre  (slab of glass)  for their famous huge mosaic like window, the abbot said to Neil, thank you so much for this gift I’ve brought the boys with me to help, to Neils amazement, the youngest one of these “boys” was easily in his late eighties.! Hoofing Dalle de Verre onto the back of their truck.

"the house was built by Jonathan Grundy in June 1780" 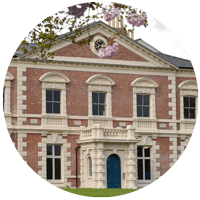 The house was rescued from decay by the foresight of the local Abbey Ward councillors & their leader Steve Eling. Councillors Richard Marshall, Ann Jaron & Bob Piper with Steve Eling at the helm rallied for government, heritage & lottery funding to bring the house and surrounding parkland back to its former glorious condition, after many years of perseverance with positive belief they succeeded, the house was reopened in August 2017 and is one of Sandwells finest and best loved buildings with Jonathans in the Park Restaurant operating from within.

All of us here at Jonathans wish you a very pleasant visit, if we can be of any further assistance please don’t hesitate to ask a member of staff. Best wishes, John & Paul Havelin, Directors of Jonathans in the Park.

You can find out more about which cookies we are using or switch them off in settings.

This website uses cookies so that we can provide you with the best user experience possible. Cookie information is stored in your browser and performs functions such as recognising you when you return to our website and helping our team to understand which sections of the website you find most interesting and useful.

Strictly Necessary Cookie should be enabled at all times so that we can save your preferences for cookie settings.

If you disable this cookie, we will not be able to save your preferences. This means that every time you visit this website you will need to enable or disable cookies again.